Casio Pro-trek  Smartwatch WSD-F20 Series consists of two models WSD-20RG and WSD-F20BK.THESE two models differ only by the colors of its case.WSD-F20RG has an orange dial and WSD-F20  has a Black dial. Both these model comes with their accessories  AC Adaptor and  Special charging cable. Both this model was released in April 2017

Pro-trek  Smart Watch WSD-F20 Seems like their band is resin and the case is made of Composite material. And the dial is made of plastic. Casio is not announced their glass is sapphire class or not. If glass will be sapphire it would be great for those who mostly go for outdoor activates.WSD-f20  is bulky and this watch is specially designed for men its size is 61,7 x 56.4 x 15.3. The Casio Pro Trek Smartwatch also has three buttons on the right side; a tool button, a power button, and an app button. The buttons allow you to navigate through menus and can be assigned specific functions. The watch also features a water-resistant microphone which’s functionality depends on the apps and Android Wear features.

Pro-trek  Smart Watch WSD-F20 Series has three sensors which include Barometer, altimeter, digital compass, and built-in GPS. These functions you can use only you have to install the android wear app. Casio Protrek Smart Watch comes with several Apps

The Activity App supports several  sport modes such as trekking, cycling, paddling, fishing, and skiing. This app shows a graphic map as well you can adjust your location. This map can work offline but first of all, you have to download. Casio Pro Trek Smartwatches will come with several Casio apps for Android Wear; Casio Moment Link, TOOL, Moment Setter and Activity. The maps also work Additionally, the app can also show other GPS-based data such as your current speed, elevation, etc.

The Moment Setter app triggers a notification when pre-set conditions are met – for example, you can set the app to trigger the notification when you have walked the distance of 10 kilometers. This app could actually come in very handy for hiking, trekking, etc. However, it all depends on the final version of it and it is not yet clear which kinds of conditions will you be able to set (altitude, coordinates, etc.)

The Moment Link app shows your current locations on the map and allows you to send them messages, However, this app requires that you have internet access (through your smartphone) and GPS signal. It also doesn’t work with iOS devices. 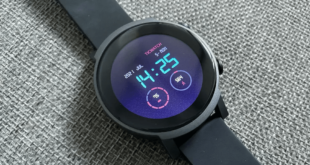 Tech company Mobvoi’s new smartwatch has grabbed the attention of people. Ticwatch E3 has got …